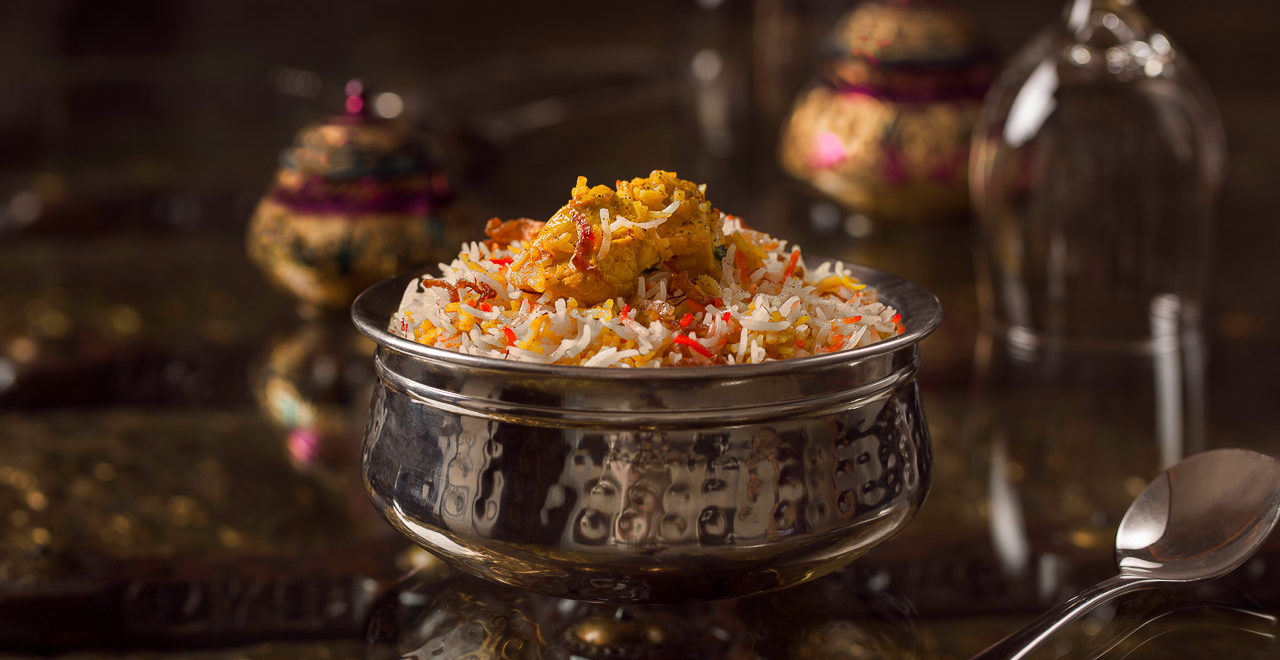 Biryani is a rice-based dish eaten throughout North India. It can be made either as vegetarian or with meat.

I don’t think many people can quibble with the divine accolades showered on biryani after sampling a plateful of the wonderful stuff. It’s a traditional Indian food that is one of India’s most famous and beloved dishes. Biryani is a dish that was popularized in the royal kitchens of the ancient Mughal Emperors. If cooked in the traditional way, a biryani takes many hours to prepare and cook. Alternate layers of meat and rice are piled on top of one another and drizzled with ghee and spices. Then the assembly is sealed in an earthenware pot or ‘handi’ and slow cooked for many hours in an oven.

The meat component in the Biryani might be chicken, goat meat, prawns, beef, lamb or fish. Alternatively, vegetables or paneer might be the mainstay of the vegetable biryani. A medley of spices lends this dish its heavenly appeal. Saffron, nutmeg, mace, cardamom, cinnamon, bayleaf, onions, garlic, ginger and so much more perfume this dish.The different types of biryanis can be as numerous as the plethora of ingredients. Choose from Hyderabadi Biryani, Awadhi Mutton Biryani, Sindhi Biryani, Kolkata Biryani et al. GF, V option

Read this post to learn more about the famous foods of India, and how to make them.