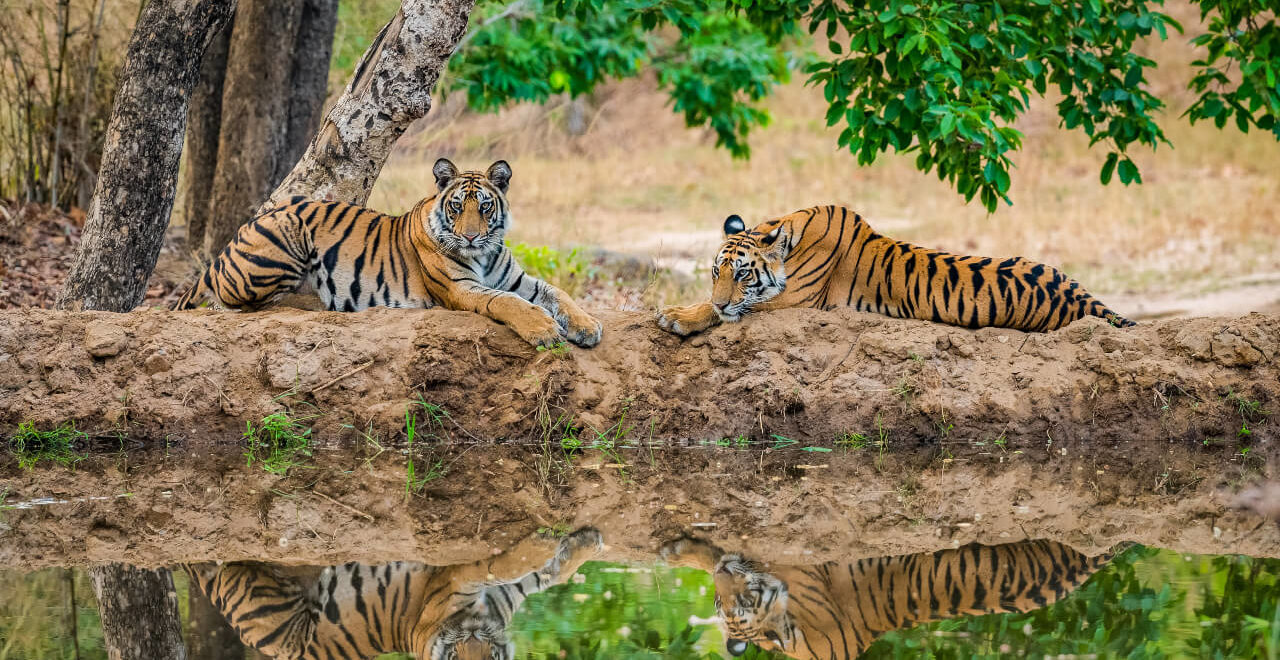 Kanha National Park in India’s central state of Madhya Pradesh is one India’s oldest and most beloved national parks, and one of the country’s leading tiger reserves.

Although the reserve was granted protection rights from 1933, it wasn’t until 1955 that it was awarded the status of a National Park. It’s now one of the best managed national parks in India and one of the best places to spot a tiger. The park covers a broad area of 2,000 square kilometres, of which about 1,000 kilometres is considered the ‘core zone.’

Only about 20% of the park is open to tourists, who eagerly arrive in jeeps and canters for wildlife safaris every morning and late afternoon hoping to sight a tiger. They depend largely on the skill and experience of guides and naturalists — who track tigers by using clues such as fresh pug marks, warning calls from deer and monkeys, and information about tiger sightings relayed by alert park rangers to park authorities.

Though Kanha National Park is considered a premier destination for tiger spotting, the park is not just all about tigers. Here, especially in the springtime, the park is teeming with wildlife. Swamp deer, leopard, chital, sloth bear, wild dogs, and jackals can be seen freely wandering the park grounds. This is the type of jungle habitat that was brought to life in the classic stories of Rudyard Kipling. Make sure to bring along a copy of The Jungle Book as recommended reading during your Kanha trip.

The reserve is considered by many to be a bird-watcher’s paradise. Wake up in a forest lodge in Kanha to the dawn chorus of a multitude of birds. The park provides a shady canopy to a number of frequently sighted species like the purple heron, golden oriole, racket-tailed drongo, mynas, black ibis, red wattled lapwing, blossom headed parakeets, and many more such delightfully exotic sounding birds.

Apart from many wild animals growing, thriving and proliferating in Kanha, the park is also the last refuge for several endangered species. These carefully calibrated efforts include the safe-keeping of the rare hard-ground Barasingha, a majestic species that deserves recognition alongside the mighty tigers. Kipling paid homage to them in The Second Jungle Book in the chapter The Miracle of Purun Bhagat.

A trip to Kanha should be on every traveler’s bucket list when planning an India trip itinerary, to see the myriad plant and animal species that the Indian subcontinent has on offer. However, a trip to Kanha is also an immense privilege for any nature lover: the visitor is privy to the delicate balance of nature, several rare, endangered species and the efforts made to preserve several species for all posterity.