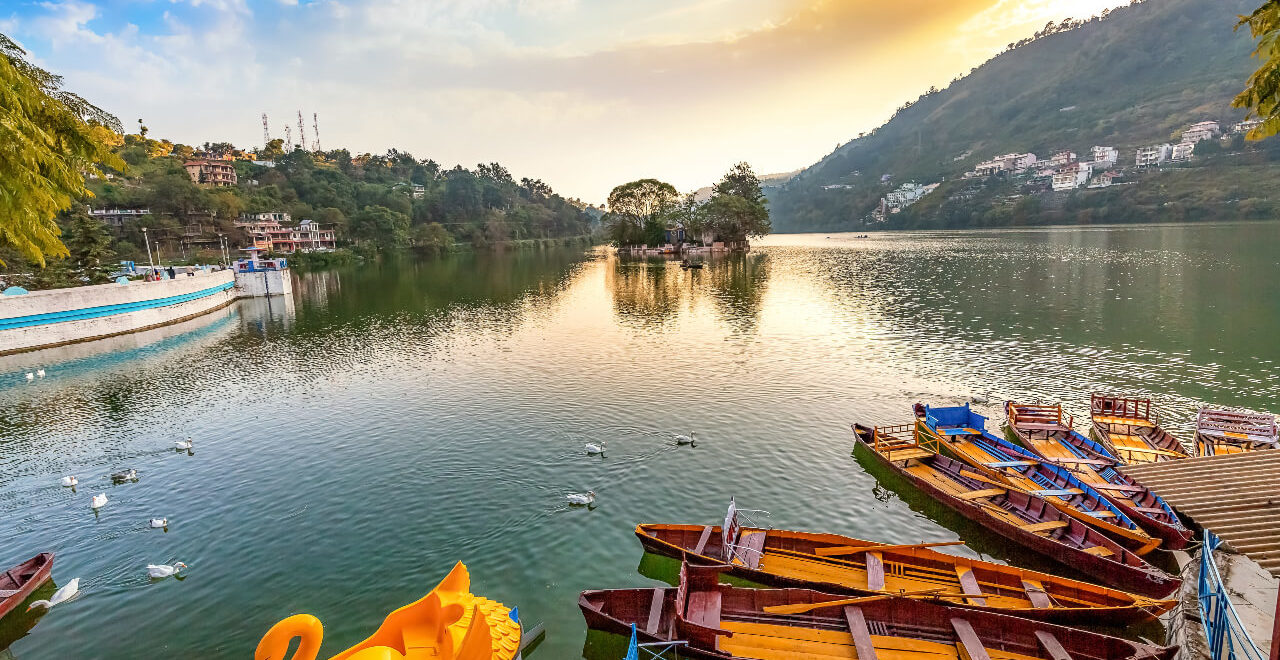 Kumaon is a hilly region of the northern Indian state of Uttarakhand. The name Kumaon conjures up vivid images of tranquil hill stations, mountain lakes, towering Himalayan peaks, and thick forests that are the preserve of the majestic Bengal tiger.

Kumaon is much loved for providing many pristine trekking, hiking, rafting, and boating opportunities. The best times to visit are either before or after the monsoon, when the weather is at its best and provides heavenly conditions to enjoy such outdoor activities.

The peaceful hill stations of Ranikhet, Almora, and Nainital are tiny jewels studded in Kumaon’s crown. Nainital is the largest town in Kumaon and was developed by the British into their summer playground. With scenes reminiscent of the English Lake District, boating clubs and charming villas set around Naini Lake abound here. Other gifts of the Kumaoni landscape are hikes that culminate in spectacular scenery and nature walks in forests of oak, pine, and deodar. Peaches, apricots, apples, and plums are some examples of the bounty accorded to the region.

The Kumaon Himalayan range towers above the hill stations. These constitute some of the highest peaks of the Himalayas, with multiple peaks exceeding 5,500 metres in altitude. Most majestic of these peaks is Nanda Devi with its distinctive two-peaked massif, encircled by 12 other lofty peaks.

For adventurous travellers, the fairly accessible Pindari Glacier Trek allows passage through virgin countryside on the edge of Nanda Devi National Park, although the Milam Glacier Trek to the east of Nanda Devi is reputed to be more of challenge.

Lastly, we come to one of the most famous attributes of Kumaon. The mystique and thrill of the region were popularized through the incredible writing of Jim Corbett, particularly his bestselling book Man Eaters of Kumaon. Jim Corbett National Park, named after the great man himself, was the original site of Project Tiger, a conservation project aimed at reviving dwindling tiger numbers. Although the first part of Jim Corbett’s career targeted the killing of tigers that had an appetite for human subjects, the latter part of his career was centred around tiger conservation efforts.

When you visit Kumaon, revel in the keen sense of adventure of a tiger trail. Alternatively, trek to dizzying heights to drink in some of the most spectacular stretches of mountain scenery in the world. Either way, you most certainly won’t be disappointed. Here are the Top 10 reasons to visit the Himalayas.