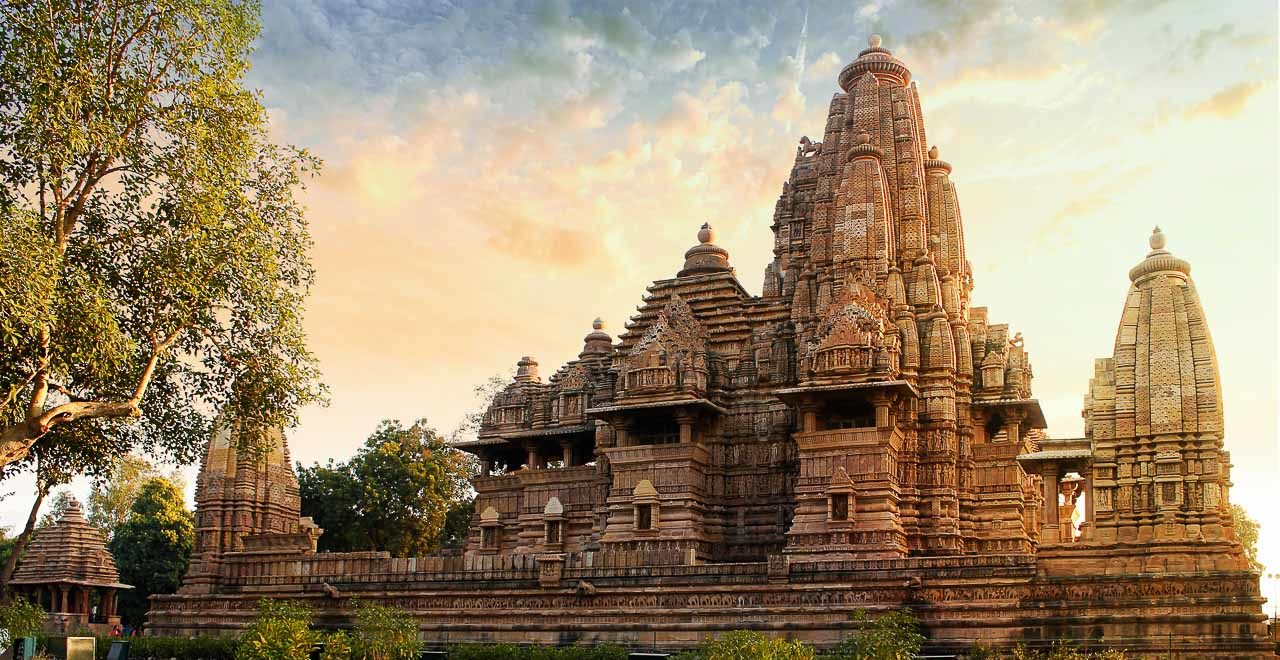 India is the land of Kamasutra, and Khajuraho is the place to go to understand why. Khajuraho is a temple complex in central India — a stunning UNESCO World Heritage site where you can experience an utterly divine confluence of love, life, lust, and worship.

Khajuraho gets its name from ‘khajura’, the Hindi name for date palm fruit, which is available in large numbers in the region. Khajuraho is a small town in Madhya Pradesh famous for several ancient temple complexes. The temples were built by the Chandela Dynasty in the 10th century.

The sublimely beautiful Khajuraho temples — considered to be the most exquisite in all of India — were inspired by both the Hindu and Jain religions. They were built with sandstone on a granite foundation, overlaid with a profusion of incredibly detailed carvings. Khajuraho is widely admired for both the architectural merit of the temples and the quality of the carvings.

Khajuraho’s temples were lost in time, and many were destroyed by invading armies as well as the ceaseless onslaught of nature. Originally, there were more than 80 in number, but today there are only about 20 well-preserved temples remaining. Though it’s disheartening to know that three-quarters of the temples were lost, the remaining ones are sure to keep you intrigued.

Kandariya Mahadeva temple is the largest and most popular in Khajuraho, displaying more than 825 statues and figurines. Visitors are amazed by the sculptures, and marvel at the talent and precision of the 10th century artists, and their ability to bring out expressions on the faces of figurines. These figures tell complex stories without uttering a word.

Other must-see temples in Khajuraho include Lakshmana Temple and Chitragupta Temple. For the perfect photo opp, wait for the setting sun to reflect off the temples.

A visit to the Tribal and Folk Art Museum in Khajuraho to see products and exhibits representing local craft, tradition, and culture will be a perfect addition of your trip to Khajuraho.

And while you are in the region, Panna National Park is only about 25 kilometres from Khajurao. The well-known park is home to more than 200 species of birds and animals, including cheetahs, tigers, and bears. A wildlife safari in Panna is highly recommended, along with your visit to Khajuraho.

If aesthetically designed temples interest you, if you’d like to feel the pulse of storytelling via stone sculptures, or if you ever wonder how artists of the past could create masterpieces without modern tools, you need to make a visit to Khajuraho.