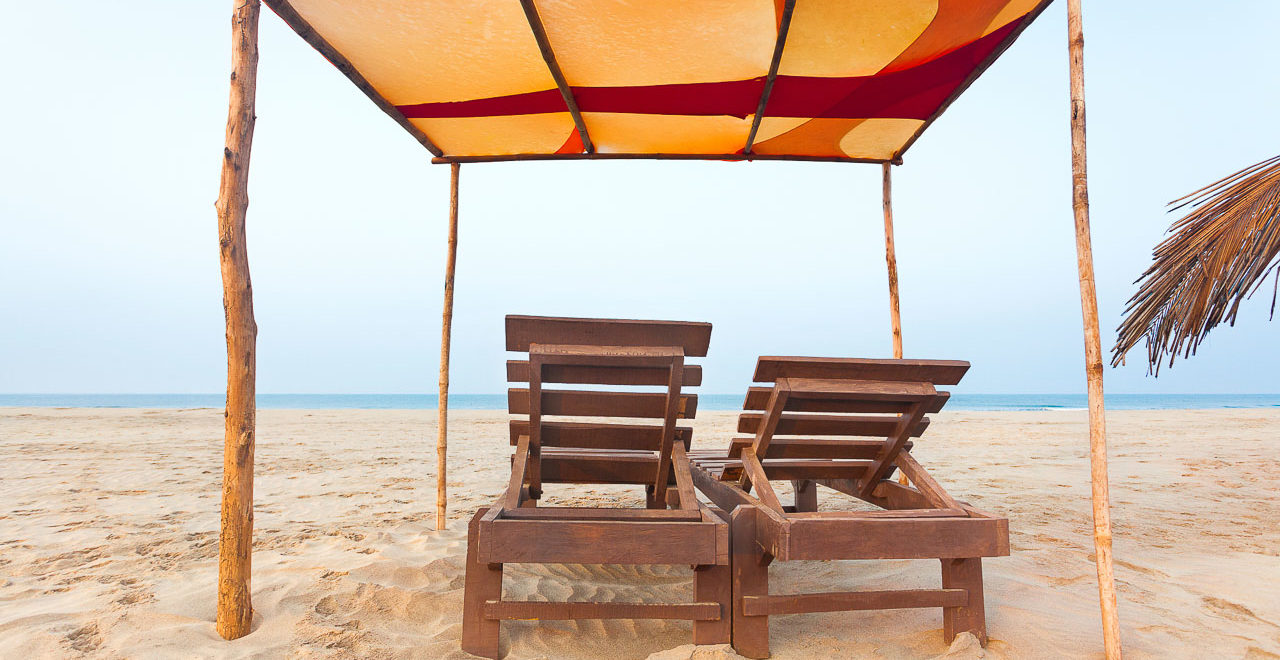 During winter, India’s tropical beaches are the place to be! Head to Goa, Kerala or other beautiful beaches found along India’s very long coastline.

The Winter Season is the ideal time to head to parts of tropical India especially those places of outstanding beauty that are difficult to visit when the mercury rises. The Winters in India are never particularly harsh except for places situated at high altitude. Of course, first time travellers might visit The Golden Triangle or parts of Rajasthan but if you are looking for something slightly different, the following destinations are your best bet.

Goa is the perfect beach destination. With its long, undulating coastline, unspoilt sandy beaches, tasty seafood and the colonial culture of this erstwhile Portuguese outpost, Goa has a friendly, welcoming ambience and is a great favourite with visitors.

The Backwaters of Kerala are another idyllic spot. Cruise along the green, serene network of waterways in a houseboat. Dine on the local fresh fish, cooked in a way only known to Kerala.

The Andaman and Nicobar Islands are an archipelago basking in the Bay of Bengal. Due to their level of isolation, the islanders have developed a unique indigenous culture. Even the flora and fauna are endemic to the islands. Beautiful coral reefs, tropical rainforests and white-sand beaches beckon you here.

Read the Breathedreamgo Guide to the best beaches in India to find out our favourites.

A perfect time to travel

Escape to the riverside town of Varanasi – considered the spiritual capital of India. A city of 2000 or more temples, this is a place of pilgrimage. Many Hindus visit Varanasi to perform last funeral rites, beside the sacred Ganges. Witnessing the daily evening Ganga aarti (prayer ritual) at the famous Dashashwamedh Ghat, near Kashi Vishwanath Temple with the clamour of cymbals, rhythmic chanting and the heady perfume of incense by the ancient ghats, is a mesmerizing spectacle.

Madhya Pradesh, situated in the heart of the country is a treasure trove of national parks, monuments and picturesque hill stations. The Khajuraho group of monuments are a UNESCO World Heritage Site. This group of Hindu and Jain monuments built around the 10th century are famed for their Nagara architectural style and elaborate sculpture, some of which reveal an erotic design. Other places to see in Madhya Pradesh include the imposing 100 feet high Marble Rocks at Jabalpur, the Ruins of Mandu with its Afghan architecture, Gwalior and its ancient Fort, the cultural heritage of the historical town of Orchha and the National Parks of Kanha and Bandhavgarh among others for tiger safaris.

Tamil Nadu has a number of historical heritage sites. The temple town of Madurai, known as the Athens of the East, Kanyakumari – located at the southernmost tip of the Indian peninsula, Mahabalipuram, Kanchipuram and Pondicherry are all sites of great historical interest.

Winter in India is mild and full of sunshine. There are lots of opportunities to discover hidden, historical gems and to immerse yourself in the rich culture of the country.