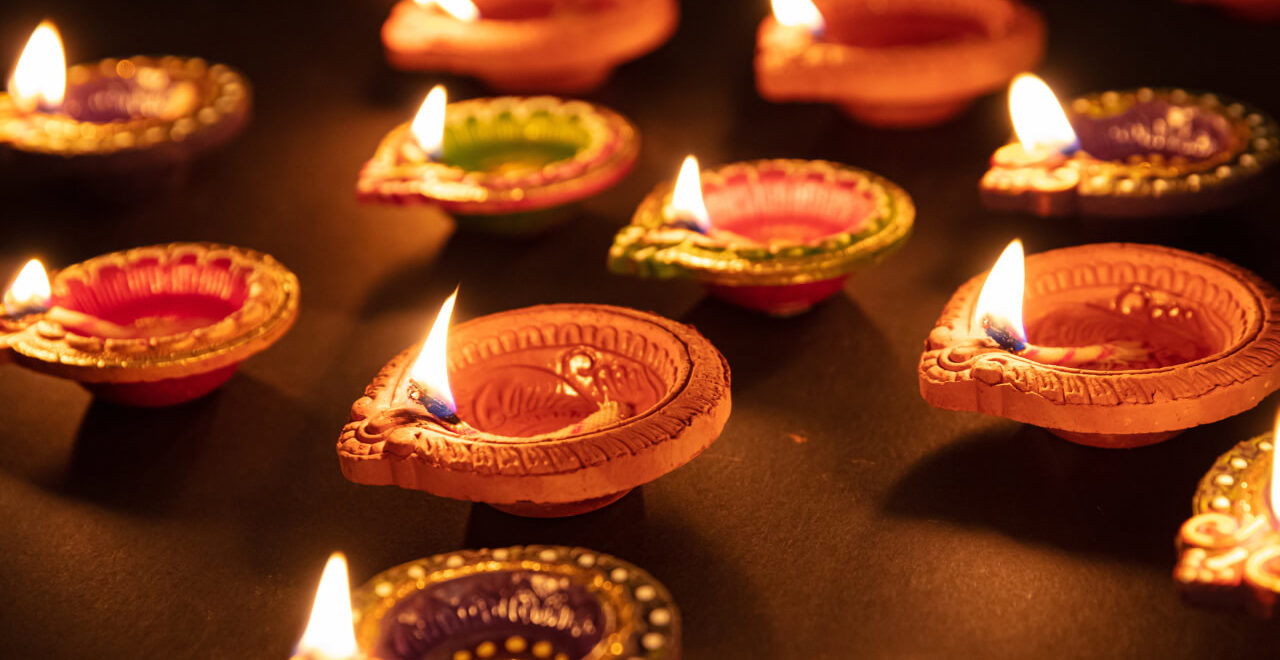 Autumn is a great time to visit India. The entire country lights up during festival season, from the fireworks of Diwali to the pandals of Durga Puja.

During Autumn, while many places in the Northern Hemisphere witness nature’s annual pageantry of changing leaf colour, most of India lights up with festival fervour.

Durga Puja is the favourite festival of the Bengalis. During the 5 day festival, the whole of Kolkata is transformed, to what feels like a huge street festival. Imagine the adrenaline of Bourbon Street in New Orleans but spread over an entire city! Excitement in the City of Joy reaches fever pitch during the five day festival celebrating Goddess Durga. Thousands and thousands of puja pandals crop up about town and idols of Goddess Durga in many shapes and forms inundate the pandals. Nowadays, due to the competition surrounding the best decorated and most innovative puja pandals, Durga Puja is not only a religious festival but also a festival celebrating the craftsmanship of many talented artisans.

Durga Puja also coincides with the celebration of Dussehra and Navratri. While Durga Puja celebrates the Hindu tradition of Shaktism – Dussehra celebrated on the tenth calendar day of Ashwin marks the victory of Lord Rama over Ravan, or that of good over evil. Towering effigies of Ravan are publicly burnt during Dussehra. On the same day, clay statues of Goddess Durga are immersed in the River Ganges in West Bengal, marking the end of Durga Puja.

Ganesh Chaturthi is another festival celebrated with great enthusiasm, especially in Western India, with its epicentre in Mumbai. The festival marks the arrival of Lord Ganesh to Earth with his mother – Goddess Durga. Clay idols of Lord Ganesha are decorated in the home or at public pandals. On the tenth day, after the start of the festival, the clay idols are immersed into the sea. Prayer offerings or prasadam are treats to be distributed to devotees on a daily basis. Make sure to try the traditional ‘modak’ sweet – deemed to be a favourite with Lord Ganesh.

One of the last festivals to be enjoyed during the Autumn season include Diwali or the Festival of Light. This is another Hindu festival celebrating the warding off of darkness, evil and ignorance with light and knowledge. Beautiful rangolis are made in the home. Fireworks, sweets, lights and home decoration make this a particular enjoyable festival.

Diwali in the pink city of Jaipur is really special. Several of the city’s outstanding monuments are lit up with Diwali lights. Nahargarh Fort, Jai Mahal and Akshardham Temple look resplendent with lights during Diwali. Many people actually head up to the heady heights of Nahargarh Fort on Diwali to witness the glittering spectacle of Jaipur at their feet.

A time for spirituality

If your trip timing isn’t quite right for the festivals then do not despair – the delights of the Golden Triangle and Ajanta Ellora await you. The famed Golden Triangle includes the imperial sights of the country’s capital of Delhi, the glittering palaces of Jaipur and the luminous beauty of the Taj Mahal – one of the great wonders of the world.

The Ajanta Caves dating from the 2nd century BC contain rock cut sculptures that are one of the oldest and finest existing examples of ancient Indian art. The nearby Ellora Caves, another UNESCO World Heritage Site feature Buddhist, Hindu and Jain rock cut artwork from the 6th to the tenth century.

Autumn in India will herald in a time of spiritual enchantment. Visitors will be lost in the traditions, customs and stories attached to each Indian festival. They will gain intimate access to a way of celebration that has been kept alive for many centuries.